On October 22, 2019, the Urban Institute published an interactive study that describes county-level food insecurity in the United States. Food security is often defined as having a sufficient means to afford an adequate diet for adults and children. The research showcased not only county-by-county levels of food access, but also factors that have previously been shown to contribute to access challenges, such as median household income, housing costs, unemployment rates, and individuals’ financial health. 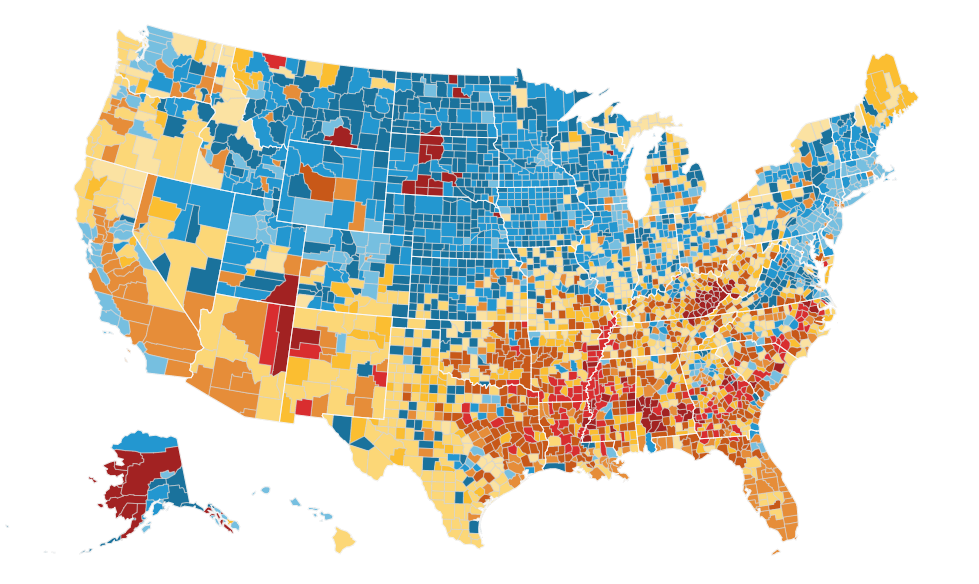 As the map and research indicates, the Northern Great Plains is one of the more food secure regions in the country. While many communities are relatively remote (for example, Glasgow, Montana in Valley County, Montana was recently pronounced to be the most “middle of nowhere” location in the United States), lower housing costs, below-average unemployment rates, and relatively lower health risks contribute to those locations as being above-average in food security.

Despite the overall positive news about food security in the Northern Great Plains, there are certainly a number of areas that stand out as needing particular attention. These include parts of northwest, north-central, and south-central Montana, counties in north-central North Dakota, north- and south-central South Dakota, and central Wyoming. Within these counties, the data provided by the Urban Institute indicate that there are three main factors: high housing costs; relatively large populations with health risks; and a combination of health, socioeconomic, and historical factors that contribute to sustained high levels of food insecurity. In particularly remote or rural communities with declining populations, additional structural issues may arise if grocery stores and other fresh food providers exit those communities.

Has your community in the Northern Great Plains experienced significant changes of food insecurity? Are there policy or community interventions that have assisted in reducing these issues?