Montana was one of the most closely watched states in the country last Tuesday, thanks to a tight senate race that was not decided until the following morning. It was an unusually high-profile race with remarkable voter engagement. President Trump visited the state four times to campaign for Matt Rosendale, and Montana was the only state in the country to cast more votes in 2018 than the presidential election in 2016! Jon Tester ended up winning a third term with 50.1% of the vote to Rosendale’s 47%.

Montana is not averse to electing democrats in state-wide races (see also: two-term governor Steve Bullock), but is still a strongly Republican state overall, having voted for Donald Trump by over 20 points in 2016. As a relative newcomer to the state, I was curious about what makes Tester such a popular politician, and specifically if it can be linked to agriculture. Part of Tester’s appeal is no doubt his authentic link to Montana’s agricultural community, being a third-generation farmer himself. Tester is a strong advocate for a generous “farm bill”: an enormous farm policy and spending bill that renews every five years and is currently being wrangled over in Washington. Tester has also advocated that the farm bill includes provisions that will boost agriculture in Native American lands, and has spoken out strongly against big agricultural mergers that potentially create monopolies and threaten small farmers.

Given all this, I was curious to see how Tester performed in more agricultural parts of Montana, and if greater support from these areas can partially explain his over-performance for a democrat. I first gathered data from the Bureau of Economic Analysis to find the percentage of farm earnings to total earnings for each county in the state (as of 2015). I then collected data for county-by-county vote share from the New York Times. Now of course, there is a strong negative relationship between Tester’s vote share and agricultural dependence, because rural areas are much more republican (see the voter share map at the bottom of this post). So to isolate Tester’s popularity independent of party affiliation, we need a baseline to compare his vote share to. I thought using the US House of Representatives race between Greg Gianforte and Kathleen Williams could fit the bill. Since Montana has only a single state-wide congressional district, the House race covers the exact same geographic ground as the Senate race. And since the House race had a relatively low profile and the candidates were not as well known, I think it’s at least a rough measure of how voters would vote for a “generic” democrat vs. a generic republican; in other words, how people would vote based on party affiliation alone.

So for each county, I calculated the difference between Tester’s vote share and House democratic candidate Kathleen Williams’s vote share, as a measure of Tester’s “over-performance”. I then evaluated how that relates to agricultural dependence. The result is shown below: 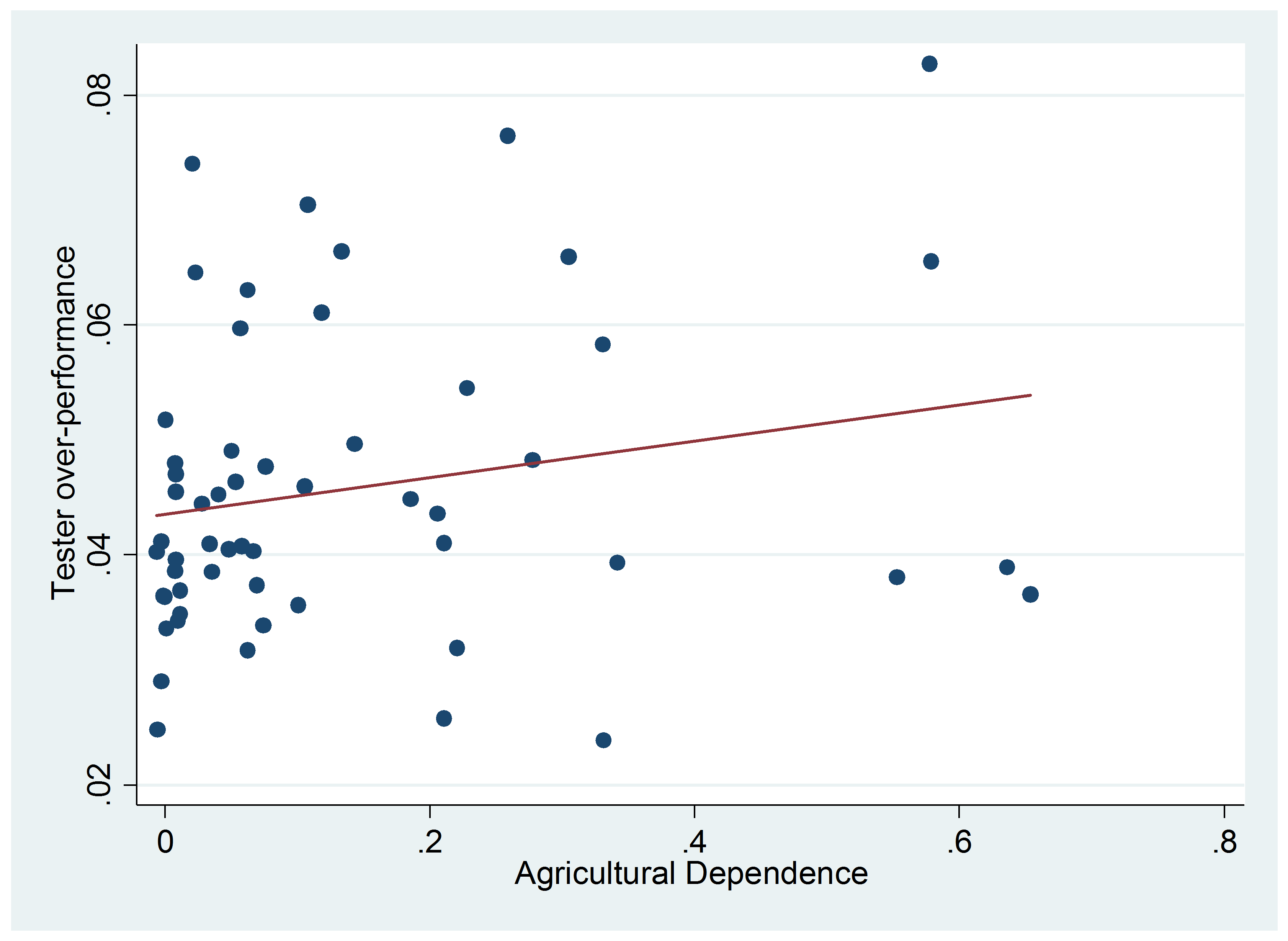 Again, my expectation was that Tester would over-perform more in more agricultural counties. The graph shows that is somewhat true, but it is not a strong relationship. Tester over-performed in every county by between 2 and 9 percentage points, but with a wide range in both high and low-agriculture counties.

So it turns out that while Tester may get a small boost from the agricultural community due to his family farm-friendly positions, Tester is simply unusually popular for a Democrat across the Montana political spectrum. I’m curious to hear any further reader insight on Tester’s electoral success. 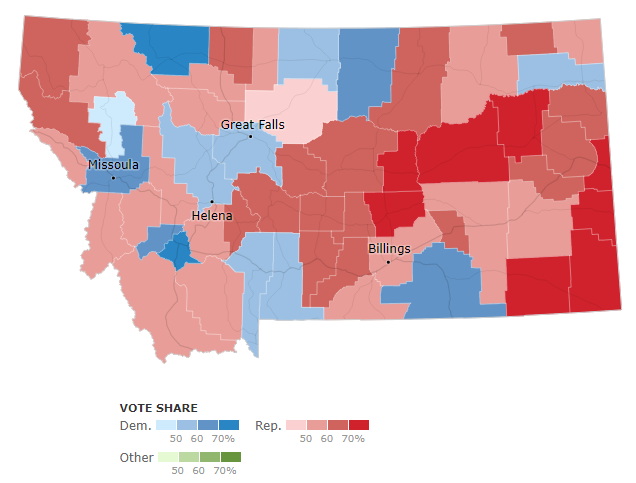